Cheri Couture Melillo was born on February 4th, 1949 in Muskego, Wisconsin, and left us on December 26, 2009.  She is survived by her son Brion John van Over.  Cheri was diagnosed with brain cancer and, in typical Cheri fighting mode, did everything she could to find a cure.  Although this was the only battle she ever lost, she spent the last months of her life fighting to survive and at the same time preparing for the day when she would no longer be able to take care of everything and everyone as she had been used to.  Her indomitable spirit and strength is an example for all of us.

As she had wanted, Cheri was able to contribute to her life’s work, Canstruction through the last days of her life; and she was able to leave an immaculate record behind, both for the National and New York City events.  In addition, she planned and arranged her own funeral and, as always, hers was a flawless production.  All of us who had the opportunity to work with her either for Canstruction or on SDA issues know that we have lost an extraordinary colleague and friend, an extraordinary individual with whom it was always a privilege to spend time with.

Her official obituary, as posted on the national SDA site, describes a dedicated and extraordinary individual who made feeding the hungry a cause for all of us.  To many of us, the name Cheri Melillo is synonymous with Canstruction where she did indeed create an extraordinary organization that now involves architects and engineers in over 150 major cities across America and a number of cities overseas.  For 17 years Cheri served as the volunteer President and Executive Director of Canstruction nationally.  But although the enormous amounts of time she contributed -- her passion and commitment to Canstruction will forever remain a testament to her incredible dedication to this charity -- to those of us who got to know her through the SDA she was so much more!  We were very lucky to have the opportunity to work next to her, to learn from her and to benefit from her incredible energy and knowledge on a wide variety of subjects.

Cheri was one of the prime movers in creating the New York Chapter of the SDA while working for 24 years as the Office Administrator/Associate for Butler Rogers Baskett Architects, PC.  As Charles Baskett said in his remarks at the memorial service held on Tuesday, January 5th, Cheri had a enormous drive to succeed and never let anything prevent her from reaching her goals, whether for the benefit of BRB or Canstruction.

As an SDA member for over 20 years, she created and was the first editor of the New York Chapter’s prize-winning publication “SkyLines”;  played an active role on the Board for many years, serving in many capacities from Chapter President to Luncheon Round-Table Chair (having instituted the program in the first place) to Director.   Her deep interest and familiarity with any number of subjects, and her ability to share the knowledge she had gained with the rest of us, made her a unique member of the SDA community.

Cheri was the “go to” person on a wide range of subjects and she always had an answer to any question – be it about HR or administrative issues, or organizing the easiest way to track professional credits.  She developed an effective tracking system for professional development hours and gave it to SDA National to offer as an organization product.  If Cheri did not have the answer, she knew whom to ask and she would make sure that that the answers were shared with us all.

Any program meeting or luncheon round table where Cheri was part of the audience was enhanced by her presence and participation.   And who didn’t enjoy her flair for wonderful and unusual clothes, and the striking and outrageous jewelry which she was always able to carry with such unique style and charm, assisted no doubt by her theatrical background and understanding of the importance of an impeccable presentation!  Clearly, even her maiden name Couture played an important part in creating her unique style.

Cheri’s dedicated work on Canstruction earned her numerous well deserved accolades.  She was made an Honorary Member of the American institute of Architects for her work in developing, marketing and promoting Canstruction in 2000;  in 2009 she accepted “The Creativity of the Mind Award from “The Odyssey of the Mind” as well as a Public Service Award from BOMA (Building Owners and Managers Association) in 2007.  In 2009 she was the honoree at the City Harvest Practical Magic Ball in New York City;  in earlier years she was honored by The Food Bank of New York City and The Society for Marketing Professional Services;  in 1992 she was elected the National SDA Member of the Year. In 2009, City Harvest, the beneficiary of the New York Canstruction competition's food for the last few years, nominated Cheri for the New York Post Liberty Medal in the Lifetime Achievement category.

Cheri always gave 100 percent.  Through her hard work and dedication Canstruction will live on, and every year we will remember her and miss her presence as we work on putting the competition together.  But we at SDA will miss her in many, many other ways, and we are all the better for having known her –  her sense of humor, her incredible energy and knowledge, and her presence.  She touched all of our lives in so many positive ways and we will all be the poorer for her absence.

One of our members, Audrey Platnick, wrote the following poem in honor of Cheri:

it sets our hearts dancing.

Rainbows will surprise us and lilacs will bloom.

they remind us of life's special gifts.

on buttercup petals and you will hear

Your heart will dance and you will smile

because you'll remember a dear friend. 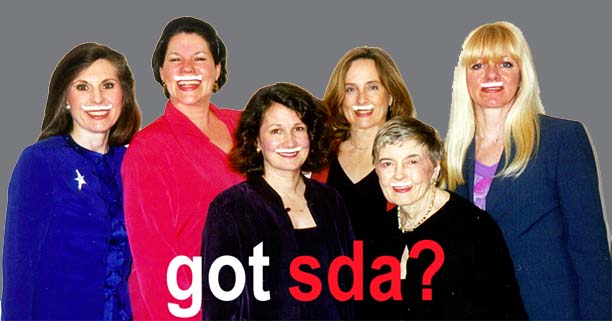